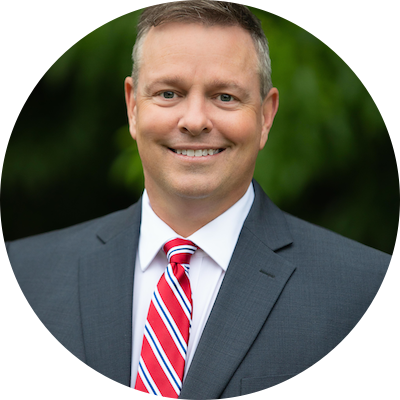 A fifth-generation Texan and lifelong resident of the DFW area, Tim O’Hare has devoted his career to improving our community: advocating for the safety and economic growth of cities, mentoring local youth, helping elect leaders who stand for conservative principles, and building a strong future for Tarrant County and all of north Texas.

A graduate of The University of Texas at Austin with a BBA in Finance, Tim went on to earn his law degree from the SMU School of Law. In addition to his extensive community service, he has spent the last 25 years building a successful legal practice.

Tim founded his own law firm in 2001, serving clients across the DFW area. Since that time, he has been named an AV/Preeminent rated attorney by Martindale-Hubbell, the nation’s oldest and most respected attorney rating service. He has earned the title of "Texas Super Lawyer" eight consecutive years, and has been named one of the top lawyers in Texas Monthly numerous times.

Deeply committed to his community, Tim had a strong desire to serve his neighbors on an even more impactful level. He became a City Councilman in Farmers Branch for three years, before serving as Mayor from 2008 to 2011. During his two terms in office, he spearheaded reductions in government spending that resulted in millions of dollars of annual taxpayer savings, and reduced the city's unfunded pension liability by almost $20 million… all while keeping the city’s $90 million budget balanced.

Tim is no stranger to the media, having appeared on numerous national networks and news programs including NBC's Today Show, Fox & Friends, Fox News Channel, Fox Business Channel, CNN and MSNBC. He has been featured in multiple newspapers, magazines and radio stations across the country. He has been a frequent guest host for The Mark Davis Show on 660 AM The Answer as well as a guest host for Jon-David Wells on The Wells Report, a longtime talk radio show in the DFW area.

Throughout his nearly 30-year career, Tim has demonstrated leadership on many other fronts, as well. In 2013, Tim was appointed by Texas Governor Rick Perry to the State Board of Dental Examiners to help clean up Medicaid fraud in the dental industry. Sheriff Bill Waybourn appointed him Chairman of the Tarrant County Civil Service Commission. He formerly served on the National Board of Directors for the Christian Legal Society (CLS) and their Center for Religious Freedom Committee, where he started a high school outreach/mentoring program in an inner city high school. He was also the founder of Southlake Families PAC, an organization formed to counter the infiltration of Critical Race Theory in Southlake schools. Tim currently serves as Treasurer for the Republican Party of Texas.

Tim and his wife Christen live in Southlake, where he coaches Youth Rec League Soccer. They are the proud parents of four beautiful little girls and are members of First Baptist Grapevine, where he is a Deacon. Together, Tim and Christen have served as Preschool Sunday School teachers for over ten years.

The primary election for Tarrant County Judge is set for March of 2022.

The Wolf And The Shepherd sit down with Tim O'Hare, who is running for Tarrant County Judge. Tim is no stranger to the media, hav…