The Wolf And The Shepherd sit down once again with Pat Beaman from On An Island to discuss crazy news stories.

Subway hits the news as the go to sandwich, and why six inches can be a treat, and how Jared misses Subway

Robot vacuum cleaners, and why they are great.

Amazon’s robot Astro wants to throw itself down the stairs while checking on pets and whether or not there is a Rogue One situation with transferring data. Three main functions of a household robot.

Ninja attacks an army base, and what is a Samurai, and why the Chinese are left out of the warrior class, and why does the US military call 911 and not Chase the Paw Patrol Dog.

Testicle baths as the future of male contraception, and where the logic fails with COSO, how the inventor won 45 grand for the design, and whether or not Rebecca Weiss is hot or not.

An Elk has a tire removed from his neck by removing his antlers by asking how old he was and that reindeer are not actually real.

OnlyFans losing fans because she was arrested for stabbing her boyfriend and posted a picture of herself smirking on Instagram.

Podcast Host for On An Island with Pat Beaman 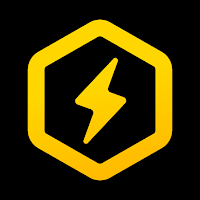 In Other News Episodes