Wisdom Of The Wolf 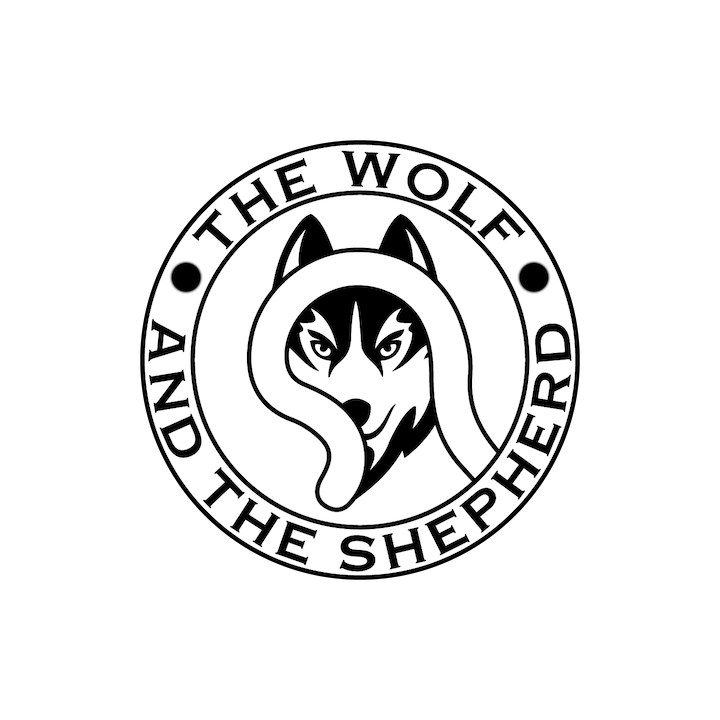 You’ve heard ‘the “grind” includes the weekend’ - we reserve the grind for 2 days a week and we’re not committed past a few hours on those days.
People frequently ask me “what bought you to the States?” - I reply ‘an American Airlines Boeing 737.’ Their reaction to that answer mostly tells me what type of person they are to hang out with.
Our show is for “under performers by choice, not by lack of ability.”
We like staying in the comfort zone but we’ll still complain about the food there occasionally.
We love hearing “oh, you’re so much better than that.” We’re acutely aware of that fact but we’re doing it anyway.
We try to disprove sayings like “there’s no short cut to success.” Trust us, we’ll find it. Or not.
“Why did you start a podcast?” ...we’re still trying to figure that one out to be honest?
Some people say “poop or get off the pot!” - actually Karen, I just came in here for some peace and to look at memes until my legs go numb.
Apathy isn’t for beginners. You genuinely have to learn how to not to care about certain things.
The fact more people look forward to going to bed at night than getting up in the morning has not been wasted in our approach to podcasting.
We dislike being called lazy. We prefer ‘lackluster!’
There is great irony in the fact that for 50 years, people couldn’t be bothered to fact-check the misconception that humans only use 10% of their brains.
We’ve had over a dozen complaints about us to the FCC. Neither of us have actually taken the time to look up what the FCC is.
(We don’t actually have any complaints because the type of audience we attract are people who can’t be bothered to complain even if they do get offended. This is really just another perfect example of The Wolf making crap up again!)
The tens of thousands of Indians who love our podcast is as intriguing to us as why their culture reveres cows instead of horses.
I tell you what really gets my goat.
Persistent mountain lions.
I’ve never viewed a solitary ant as an explorer or a scout. I’m just convinced he’s making a run for it.
I hate it when people say “you’re up late” or “you’re up early.” I don’t know why people assume sleep wasn’t my first preference!
I enjoy when people decide I’m trying to grow a beard because I haven’t shaved for 2 weeks.
I genuinely thought ‘animal welfare’ protest groups were all about people trying to qualify their pets for unemployment benefits.
With little power comes little responsibility.
People who tell women ‘you can have it all’ need to be more specific because that “all” list includes multiple children out of wedlock, leprosy and a unibrow.
People with a positive mindset are annoying. If you call them ‘unreasonable’ they’ll point out that it contains the word ‘able’ at the end of it.
People have told us “there’s a method to your madness.” We hate to disappoint them but there really isn’t.
Do not assume I’m not one for assumptions.
You can’t scare or motivate us by saying ‘this is make or break time for you’ because I promise we’ve given no thoughts to the consequences of either scenario.
“Is there a good reason you’re late?”
“No. Is there a good reason you’re thoroughly unattractive?”
“Two wrongs don’t make a right!”
“Have you tried three?”
When people feel the need to state “this is no laughing matter”, they’ve clearly overlooked the glaringly obvious fact that at least one other person has decided otherwise.
We’ve discovered that making a ‘habit of success’ is so much easier when you a make a habit of incredibly low expectations.
“You can lead a horse to water but you can’t make him drink” can be disproved by simply feeding the horse a bag of salt 30 minutes prior. Unless of course he dies from organ failure.
The destiny for our podcast was realized the day we worked out the acronym for the show was ‘TWATS!’
The Shepherd and I are basically sitting in an empty field blatantly aware there’s no sheep for him to tend to or for me to eat but it was a nice day to get out of the house.